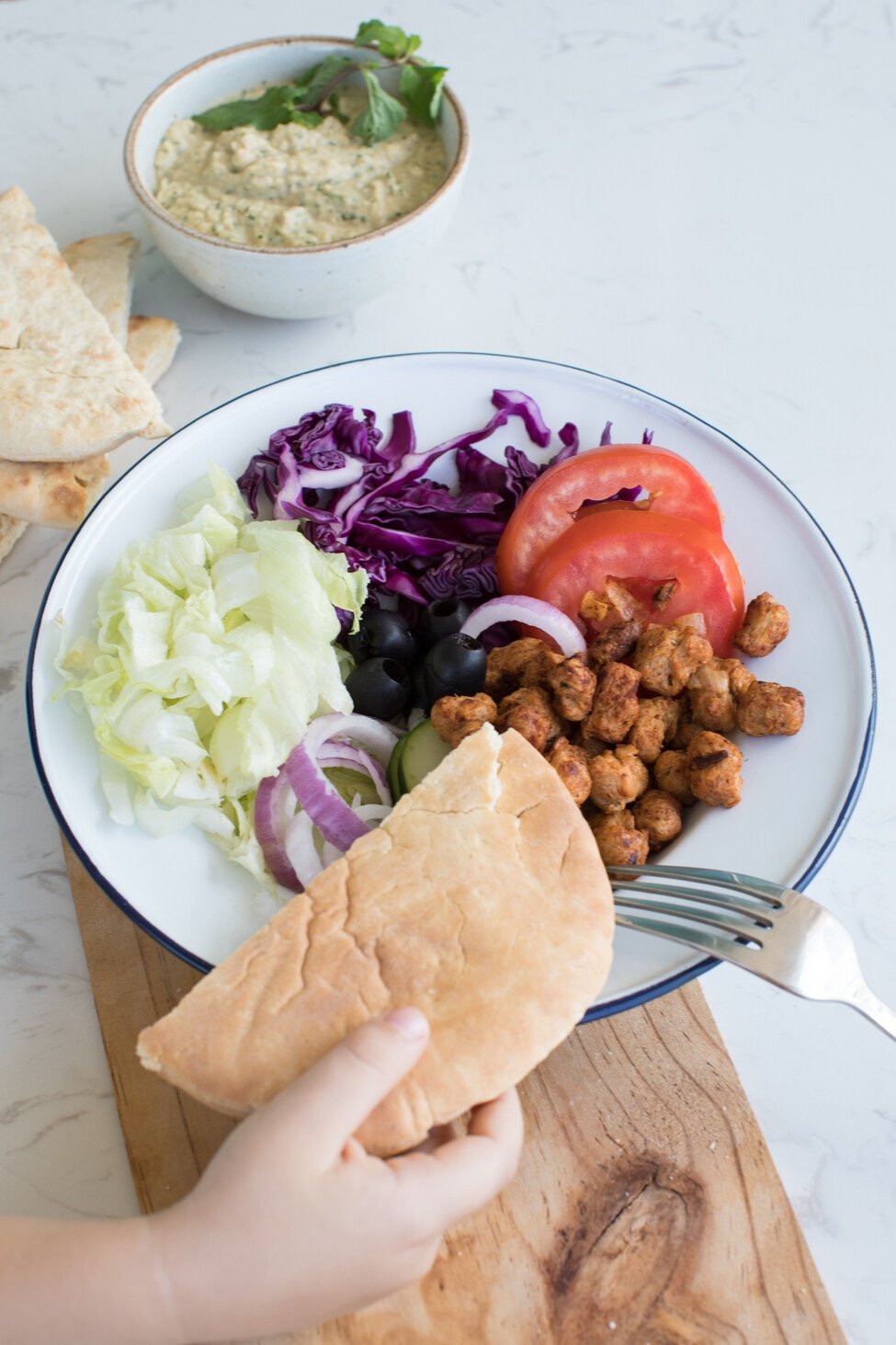 Holidays are all about celebration, family and of course eating. We all love holiday food, but let's be honest, holiday classics are usually heavy meals jam-packed with calories. And, even though it is super heartwarming crowd-pleasing food some of us could use a little break. I came up with this Vegan Gyros and Pita Bread recipe to do just that!

After all the holiday casseroles, loaves and pies I was craving something light and fresh. I wanted something a bit more filling than a salad but nothing too complicated since I didn't have much time to go shopping and then get into the kitchen.

I had to work with what I had at home and make something that didn't require a lot of cooking. Luckily, I had a few veggies and I found a pack of textured soy protein in my pantry. Vegan Gyros were the first thing I thought of, so I just had to make a trip to the market to get some pita bread and make it happen. 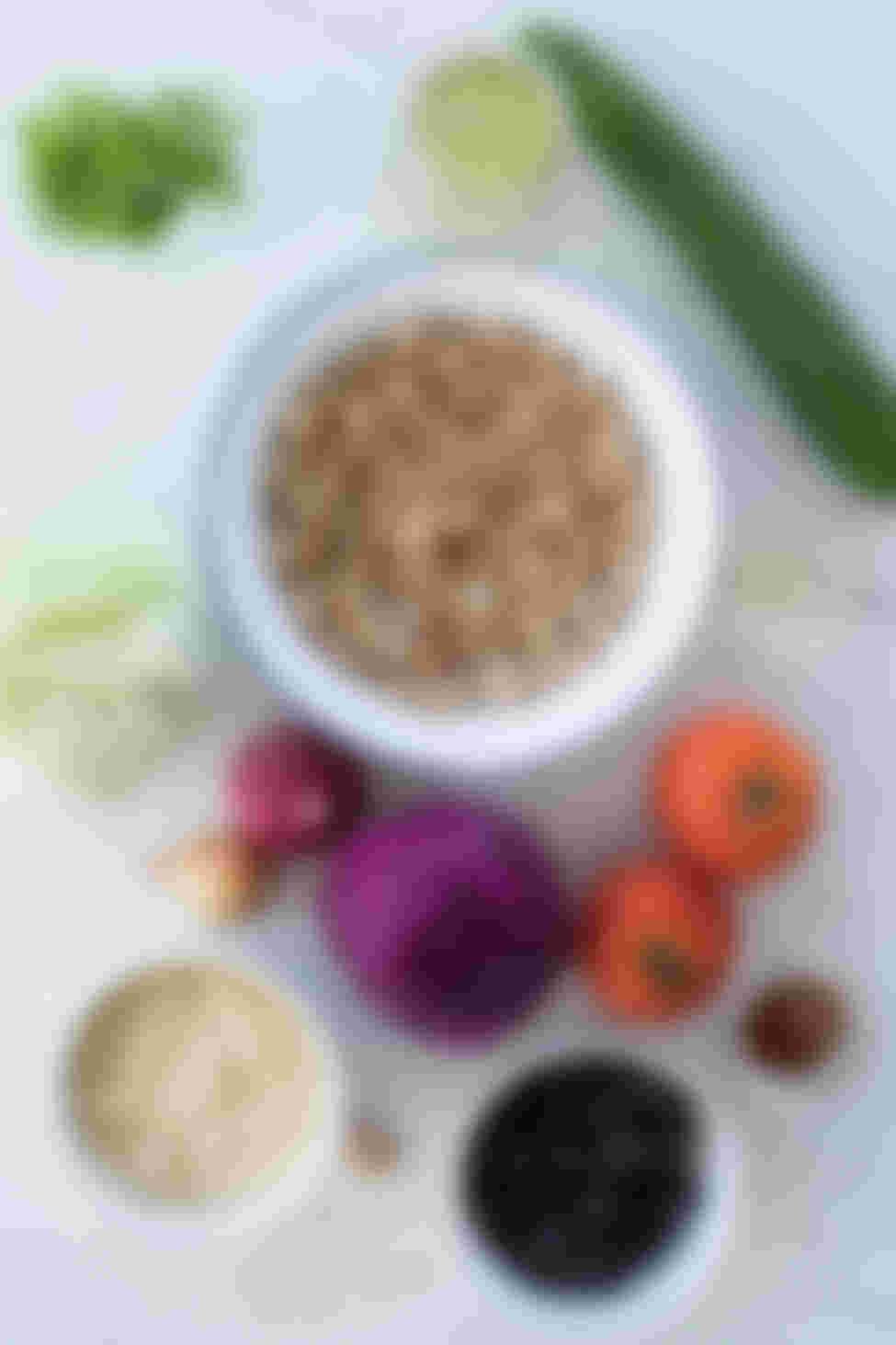 If you haven't use texturised protein before this is a great way to get started. Texturised protein is really easy to use. For this recipe, we are just going to cook it in a vegetable broth and let it soak for 10 minutes. It will absorb a lot of the liquid but we need to squeeze the excess out once we are ready to use it. After that, it only needs seasoning.

The great thing about texturised protein other than being super easy to cook is how versatile it is. You can get the unflavoured kind at the store, that's my favourite one. It will acquire the flavour of the liquid you cook it with and whatever you season it with. The amount of dishes you can make with it is countless so I always try to keep a pack stashed in my pantry.

It just made sense to put it to good use for these vegan gyros. I used a barbecue seasoning combined with smoked paprika powder. The combination of seasonings creates a nice smokey flavour. We don't really need much more than that to get the right flavour for this dish. 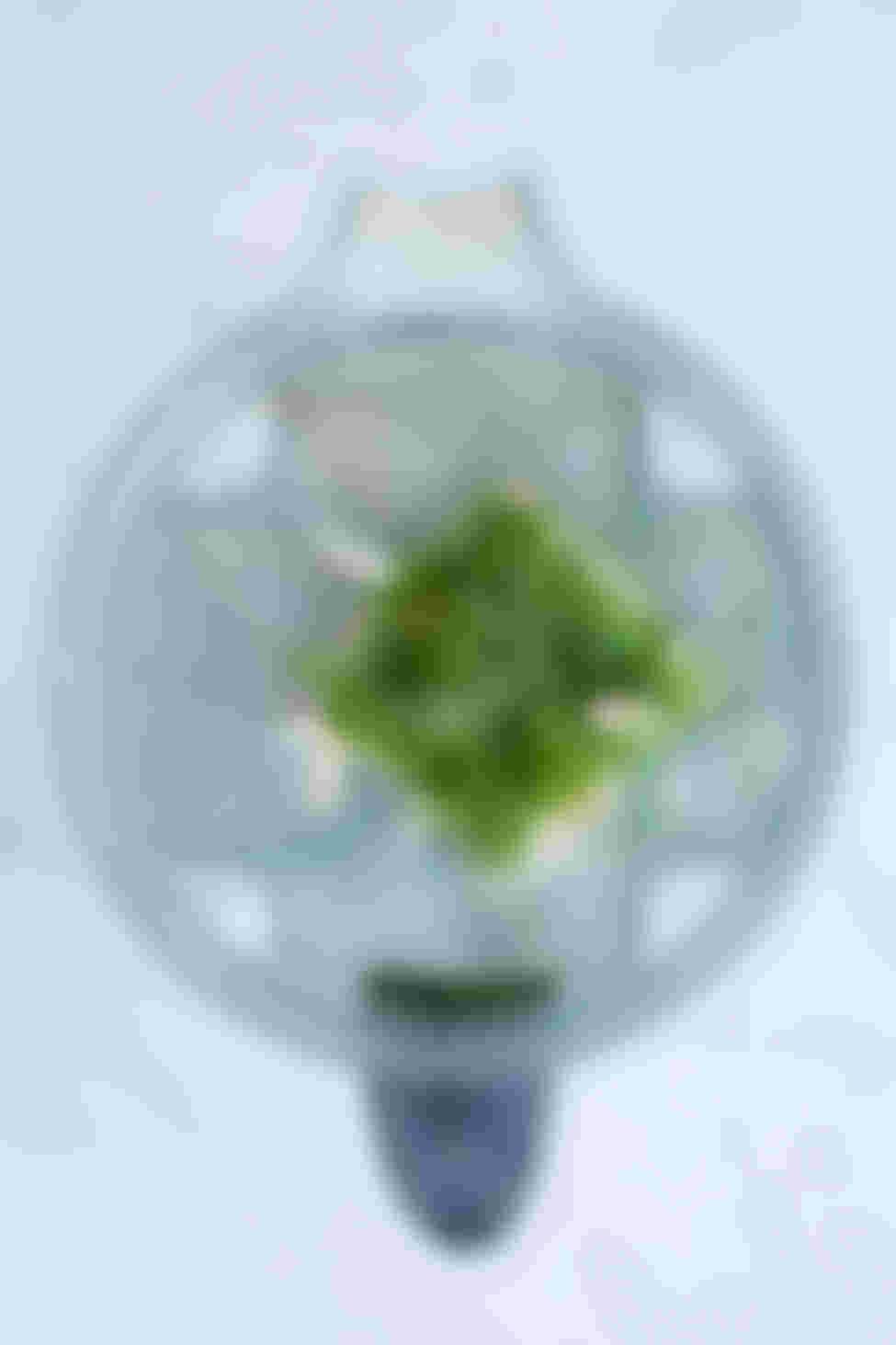 Gyros are a greek food, and as many other dishes in their cuisine, they add a lot of fresh vegetables. And that's what we are doing with these vegan gyros. We'll serve the texturised protein alongside black olives, sliced cucumber, iceberg lettuce, red cabbage, red onion and tomato.

Greek cuisine has some of the best sauces there are. Most of them are already vegan which means we don't have to put too much energy into making a sauce that will go well with our vegan gyros.

I just made a delicious garlic sauce with hummus as a base and added a bit of garlic, mint and cucumber. I wanted to use different elements from Greek cuisine and make something a bit different but still quite simple.

You will love these vegan gyros! 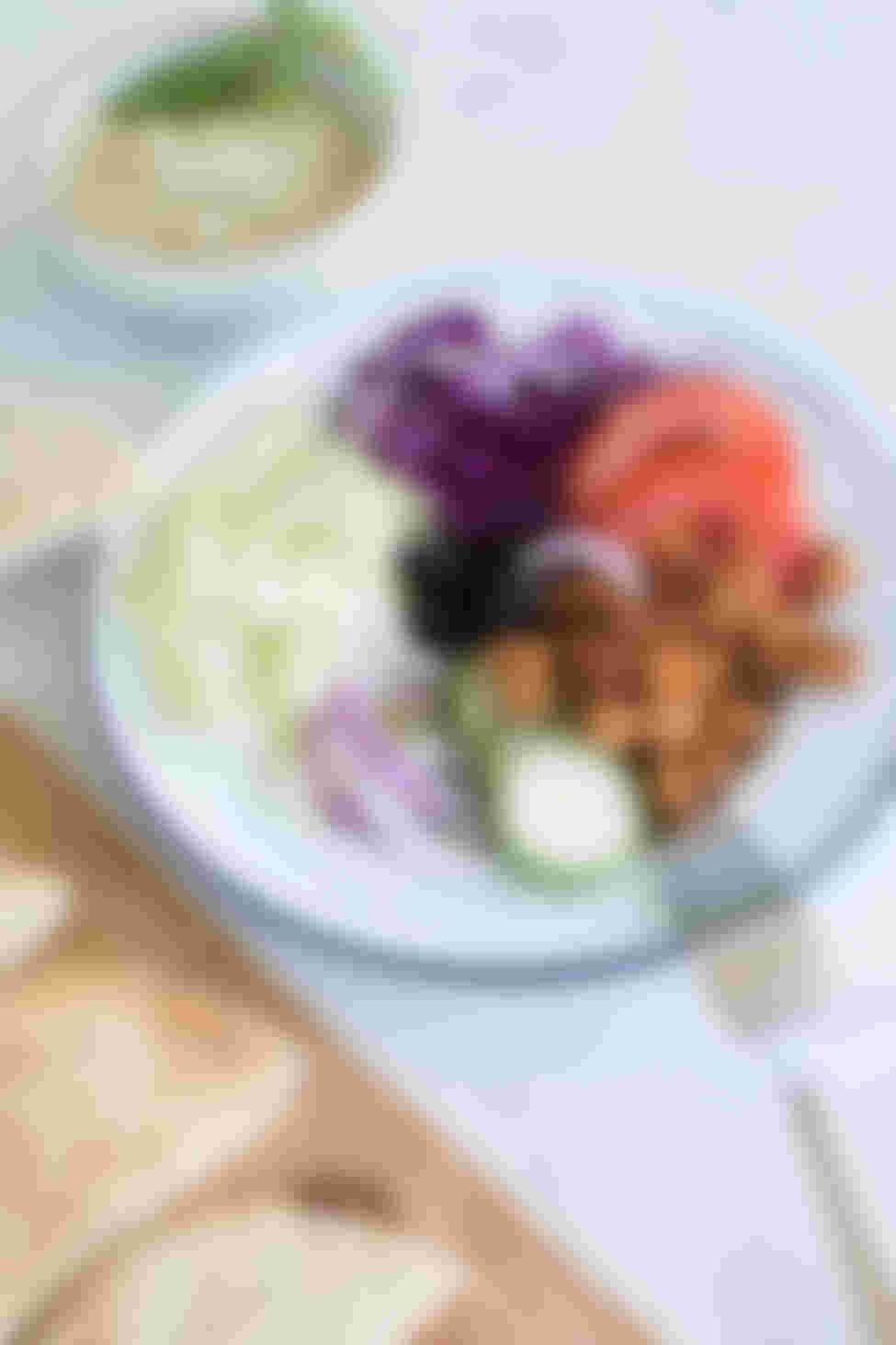 For the fresh ingredients 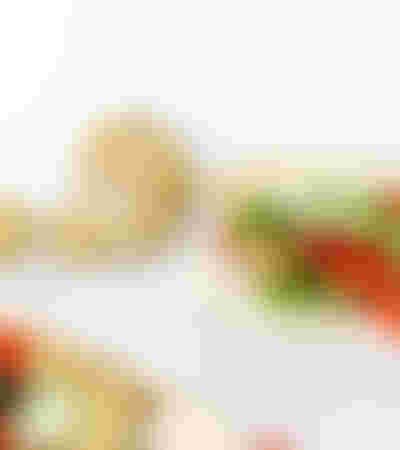